A total of 957 runners completed the Duxford Dash 10K or 5K on Sunday 13th September, so a big success for the organisers, with excellent reports of a safe and well planned race from participants. The event helped raise funds for the Imperial War Museum at RAF Duxford and runners were treated to a free visit of the air museum after the race. 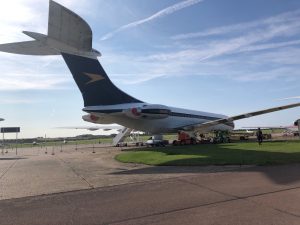 An eye-catching view, captured at Duxford by Wayne Hargreaves of Royston Runners and Newmarket Joggers 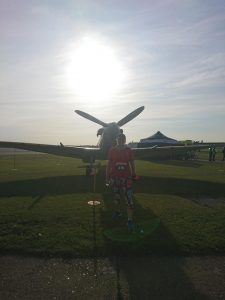 Great shot into the sun at Duxford taken by Sarah Last 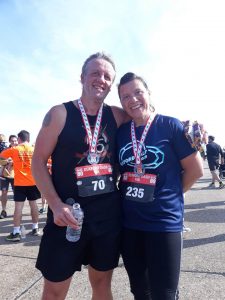 A 4 minute 10K PB by Baz Colley, pictured with partner Sarah after the race.

Don’t forget, it’s the final Virtual Kevin Henry fixture from this Thursday 17th to 20th September. Let’s go out with a starburst! Good luck to all who run.