Neil Pollard knocks 6 minutes off his PB and goes sub 2:40 in Yorkshire Marathon

Neil Pollard’s six months of dedicated preparation over the undulating Godolphin training grounds in Newmarket paid big dividends in the Yorkshire Marathon, held in York on Sunday. He came home in 2:38:38, taking over 6 minutes off his previous best time in the London Marathon last April. His Yorkshire effort put him 40th of 4,310 runners overall and 13th of 500 in his MV40 age category.

Also on a marathon mission on Sunday was birthday boy Mark Hayward, who clocked 2:47:28 and finished an impressive 5th of 614 overall in the hilly Chelmsford Marathon, earning himself a PB by just over 2 minutes in his 4th attempt at the distance. What better birthday present?

Meanwhile, Henry Hamilton-Gould (1:28:10) was in top form in the Chiswick Half Marathon, ducking under 1h:30m for the first time in 3 years and finishing 50th of 708 overall. 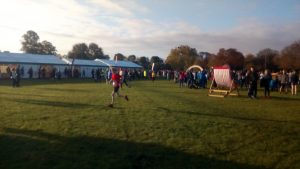 It was a lovely cool, sunny morning at the Town & Gown 10K on Midsummer Common. Photo: Chris Aylmer 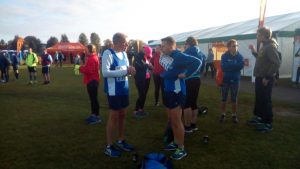