In her own words: Sarah Boneham’s trail running trip across Malawi in the group led by Dame Kelly Holmes

Sarah Boneham has returned safely from her trip across Malawi, having travelled last week in the Orbis Challenge group of 30, led by Dame Kelly Holmes, to help raise funds and awareness of malnutrition in Malawi. The various Orbis Challenge trips across Malawi raise funds for the Open Arms charity, which looks after malnourished children until they can return to their families. From this trip alone, £20,000 was raised, enough to feed 550 children in care for 2 years. The trip involved a 25K run/jog/walk/crawl up and down Mount Mulanje (5,000ft of climb), a 20K run up and across part of the Zomba Plain (2,000ft of climb) and a relatively level 20K run around Lake Malawi in the stifling heat and humidity. There were also emotional visits to the children being looked after and to their schools and village communities.

On 5 October 2019, myself (as part of a team of 30) arrived in Blantyre, Malawi to take part in The Orbis Challenge with Dame Kelly Holmes.  The challenge consisted of 3 running challenges.  The first was following the route of The Porters Race; a 25km run climbing and descending over 5000ft at Mount Mulanje.  The second was a 20km trail run at Zomba Plateau, another 2000ft of climbing and descent.  The final challenge was a 20km trail run around Lake Malawi, heat was the challenge for this run!  The team’s approach to each of the challenges was finishing rather than time and making sure that we ALL finished by working together. 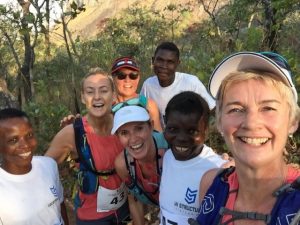 The Orbis Challenge 2019 was supporting the Open Arms charity who believe that every child has a right to survival and development.  Their aim is to provide care to Malawi’s vulnerable children, supporting them within families and communities so that they can thrive.  They ensure that children referred to them are cared for, well-fed and healthy before being able to return to their families.  About 85% of children are returned to their families and are monitored and supported in their home communities via an outreach programme.  The aim of Challenge was to raise £10000, which would feed 550 children for a year.  The children we met at Open Arms were incredible; full of ambition and hope for their futures.

I knew that this was going to be a trip of contrasts with the physical challenges and also visiting the community projects and all the children in their care.  It was going to be very emotional as well as uplifting.

Visiting older children and teenagers at the Open Arms project in Blantyre was a humbling experience.  We played netball and were welcomed into their home for a cold drink and a chance to talk to the children and carers.  The girls I spoke to, Kandi (14) and Edna (16), wanted to be lawyers and were so excited about studying for their futures. 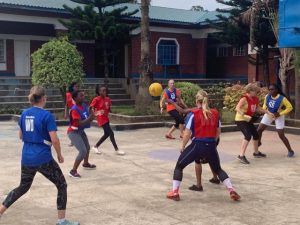 Playing netball with children in Blantyre

The Mount Mulanje run was the toughest event I have ever taken part in!  This year’s Porters Race was won in 2 hours and 8 minutes….it took me and the group that I “ran” with nearly 6 hours.  The first 3 miles were climbing and scrambling over rocks and boulders to reach a plateau and then the terrain changed to hilly trails which never seem to end!  There was never really a chance to get into a stride and run comfortably. 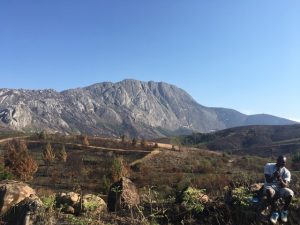 Thankfully, we had Malawian runners guiding us so we never really went off the route.  Then the descent started, more clambering over boulders which went on forever!  We finally hit some trails where you could actually run and then we broke through the trees to a beautiful waterfall where the finish line and a heroes welcome was waiting.  Cue lots of hugging and crying! 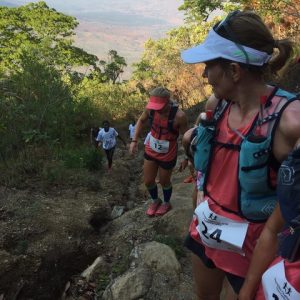 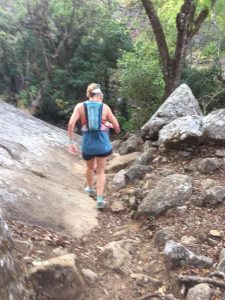 Above: Climbing up and over Mount Mulanje. Not too easy to run.

The team brought lots of trainers to donate to our Malawian runner guides and this gave us the chance to say “thank you” for their patience!

We also got the chance to run with young children at a community project called YODEP, where young people are developing business ideas to bring their communities out of poverty.  The children ran with us through the village, holding our hands and showing us the way to their school.  An emotional experience that I will never forget. 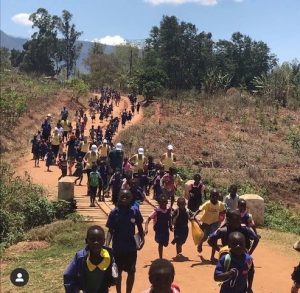 Running through the village with children of the YODEP Project, on the way to their school

We travelled to Zomba, the old capital of Malawi, for our next event; a 20km trail run along the Zomba Plateau.  I loved this run, the scenery was breathtaking as we climbed 2000ft and could look over Zomba from the plateau.  The trails were much more runable, but the heat really did rise as the morning went on and definitely slowed the pace.  An uphill finish and the heat was exhausting on tired legs! 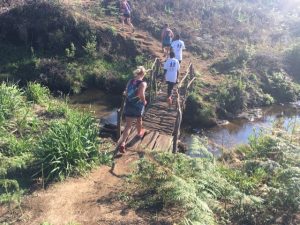 The running was easier than up Mount Mulanje

Our next challenge was at Cape Maclear on Lake Malawi and en route we visited the Rainbow Hope Secondary School where the students performed poetry and a play for us. 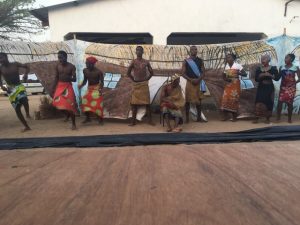 Students of Rainbow Hope School performing poetry and a play

Cape Maclear was hot!  So hot that our run started at 5.15am!  The terrain was sandy with mango trees along the route and we were joined by a dog who completed the whole 20km with us.  He chased off other dogs who came near us, so we made sure he was treated to water and biscuits at the checkpoints!  The heat and the terrain made it quite a difficult run and, thankfully, there was no climbing!  Our little band of runners joined hands for the finish and we ran through Cape Maclear, cheered on by the local children.  We were done, more tears, more hugs, relief and exhilaration! 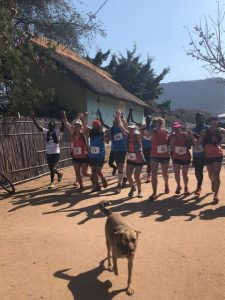 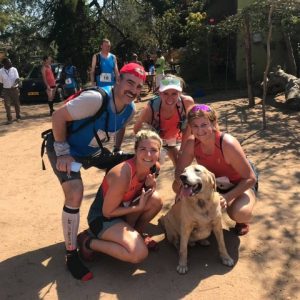 Above left: The finish of the Lake Malawi 20K with the self-appointed guard dog leading. Above right; making a fuss of the faithful dog, with Sarah in white cap at the rear of the group.

I was so lucky to be picked for The Orbis Challenge, not only did it give me the chance to run with one of my sporting heroes (who is down-to-earth, very funny, great company and hugely inspirational), but it gave me the chance to really test myself in very difficult conditions and to see first hand the fantastic work that Open Arms has done in Malawi.  It is an experience that has really left its mark on me and I will never forget the people I met in the team and in the communities.  The icing on the cake was finding out that we had raised over £20000 for Open Arms, which will make such a difference to the lives of many more children and teenagers in Malawi. 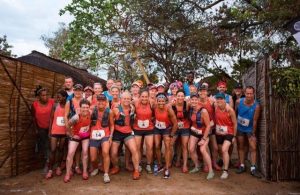 The starters for the Lake Malawi 20K run with Dame Kelly Holmes just right of centre.