On Sunday, the Marcus Gynn Newmarket 10K, organised by Newmarket Joggers, took place at The Ellesmere Centre in Stetchworth. This race celebrates the life of young fellow club runner Marcus Gynn, who sadly lost his fight against sarcoma cancer 3 years ago. The race helped to raise funds for Sarcoma UK, with Gareth Knighton, a cousin of Marcus, receiving £1000 in sponsorship donations for his run.

Wizardry: Expertly dressed as Wizard of Oz characters and bringing fun and laughter to the race were Danielle Jones (Dorothy), Jeremy Reader (The Tin Man), Joe Cormack (The Cowardly Lion) and Adam Maltpress (The Scarecrow). All finished together in 1:06:17 to well-deserved cheers from the spectators. 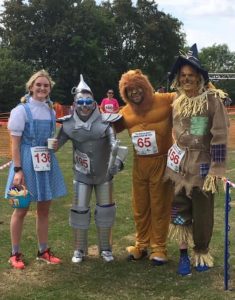 A large contingent of club members were kindly helping to organise and marshal this event and grateful thanks to them, led from the front by race director Jim Withers and chief marshal Greg Davis. There were also 16 Newmarket Joggers taking part in the race, including the Wizard of Oz characters. 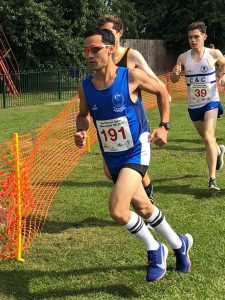 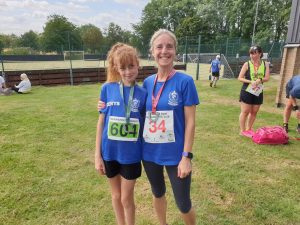 Leamington Spa HM: Meanwhile, in the Leamington Spa Half Marathon, Henry Hamilton-Gould clocked 1:31:44 and finished 92nd of 992 runners overall, close to his best half marathon time this year. 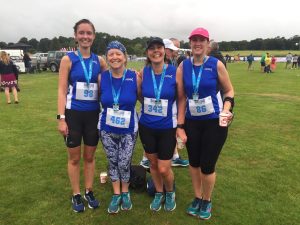 Final Friday 5: On Friday at Great Bentley in Essex, it was the final fixture of the Friday 5 Mile Series of six races. Neville Clarke (34:58) was back in action after missing a fixture and was first Jogger home, coming 2nd of 12 in MV65 and winning his age category in the series as a whole. He had a tremendous series, winning his age group by large margins in all four of his other races. Next came Brian Munns (36:33) and Jim Withers (42:35), both recording their best times of the series, followed by Chris Aylmer (47:15), Kate Warboys (49:38) and Caroline Mcintosh (50:35). It was a great effort by Mcintosh, who recorded her third all-time 5 mile PB in a row, and all in the last three weeks.