Rebecca Hannah tackles Round The Bays 10K in New Zealand

On Sunday 17th Feb, Rebecca Hannah enjoyed a great run in the Round The Bays Bluebridge 10K in Wellington, New Zealand, clocking a time of 1:06:03 and coming 710th of 1,535 female finishers from a total field of 2,744. February is the hottest month of the year in New Zealand and temperatures reached into the mid 20s, so too hot for a PB but, nevertheless, a great atmosphere and tremendous scenery. Over 10,000 runners took part in all the various races, which also included kids’ fun runs and a quarter and half marathon event.

On the same day, back in good old East Anglia, Lisa Jennings and Caroline McIntosh both competed in the Marriot’s Way Half Marathon, which goes from Norwich to Aylsham in Norfolk. The weather was lovely but conditions were reportedly fairly tough on the footpaths and trails. Lisa and Caroline recorded times of 2:31:34 and 2:33:22, which were good efforts on this off-road route. 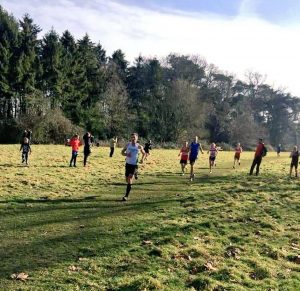 Please let us know about your race results, particularly the lower profile or more distant ones which might be missed, by emailing chris.aylmer@newmarketjoggers.co.uk. Your best times in the current year over the various distances can then be added to the club achievement tables.