Meanwhile further a field in London, Christine Conway-Jarret completed her first ever 15 mile run. A distance she thought would never be possible. Running to raise money for charity, Christine completed the Urban Rush run, from The Olympic Park in Stratford to Putney Bridge in 3hours 12mins. 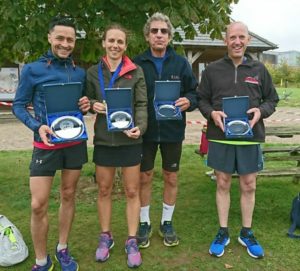